“There are no ghosts”, P muttered to himself. He was thinking of the incident some time ago when he had believed otherwise (https://avatarofmrbean.wordpress.com/2012/03/23/mr-p-catches-a-ghost/). However, in the end it had been proven that what had scared him to a blubbering nervous wreck had not been a ghost at all. Now though, he needed to convince himself again. Some strange events were happening at his home.

A few weeks ago, he had woken up in the morning and had walked into the lounge to find that the ceiling fan was turned on at full speed and had been going all night. Briefly his thoughts had hovered on the idea of ghosts. Only briefly, but he had pushed the idea away soon.

“There are no ghosts”, he had told himself as he analysed the situation and could not rule out the possibility that he himself could be the culprit, forgetting to turn off the fan before he retired to bed at night.

Then, a couple of days later, he had woken up in the morning and walked into the kitchen to find that someone had already turned the light on.

“There are no ghosts”, he had told himself again. “Perhaps I had not turned it off last night” he tried to convince himself and shifted the blame on to his absent-mindedness arising from sleepless nights watching world cup football.

Things however seemed to take a turn for the worse after that. The electric door bell started to ring even at odd hours and P would rush to the door only to find that there was nobody there. The previous night was exceptionally scary with all the settings of a horror movie. There was a thunder-storm which by itself could have kept P awake. The interspersed sound of the door bell ringing every now and then, added to the eeriness of the sounds of the wind, the rain and the thunder. “There are no ghosts”, P kept murmuring to himself as he lay curled under his blankets, his eyes tightly closed and his fingers plugging his ears to block out the sounds. 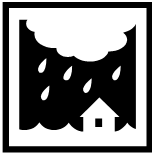 After a very bad night of lying awake, shaking with fright, P rang his neighbour in the morning to find if he knew of any exorcist who could be contacted. His neighbour listened silently to P’s problems and in the end said consolingly, “Don’t worry. I’ll get someone to come over there and sort things out”.

Within an hour the door bell rang again, but this time there was a finger that had pressed the button for the bell and the finger belonged to a very stout individual who carried a back-pack.

“Did my neighbour send you over?” asked P.

“Yes, he described the problem to me. Can I look at all the connections here please?”

“Sure, go ahead” said P. “Well, I hope you have brought all your equipment and stuff… You know … things like ‘holy water’…I don’t have those things handy…”

The visitor gave P a strange look. “I have brought everything that I would need” he muttered and putting his gear down, he started inspecting the wiring and connections.

On the wall outside, there was a small box for integrating circuits from the door bell and the lamps outside. The cover of that box had cracked and from it something similar to the end of a twisted ribbon was hanging out. Every time there was a strong breeze, the bit of ribbon would flutter.

The visitor grabbed some tools from his bag and tweaked out the ribbon from the box. He then came back to P and said “It is all done now. Your door bell will not ring again unless somebody pressed the button”, he smiled.

“I think that is the fastest exorcism the world would have seen,” P said appreciatively. “And you didn’t even have to use any holy water!”

The man gave P a puzzled look. He seemed to be confounded with confusion. But then he shrugged it off and said “Your door bell was ringing because of that ribbon like thing inside that circuit box. Every time it moved in the wind, the circuit would be triggered to ring the bell”

“I am not so sure” said the electrician “You know, that ribbon in the box that was ringing you door bell ….. it was once a small snake”…