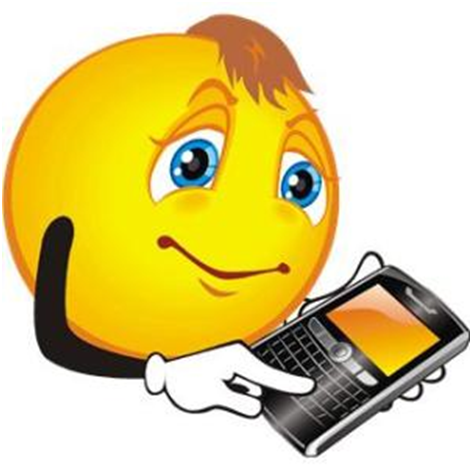 The sound of the notification of a message arriving on his mobile phone woke up P from his afternoon nap. As soon as P read the first line in the message on his phone with his blurry eyes, he shut it down. He was scared that a virus that could be sent along with the SMS could destroy his phone. P rushed out with it to his friend and neighbour and told him about the spam message soliciting him for something, the mere mention of which made him blush and stutter.

“Now, be honest with me. Have you been browsing any of those naughty, no good websites?” asked his neighbour eyeing P in what P felt was a very suspicious way.

“No! Never! All I use my data on the phone is to download spirituality stuff. I really don’t know who could be sending me such a message” responded P. His conscience was clear but P couldn’t help feeling he had guilt written all over his red face.

“Let me have a look” said the neighbour and P bravely turned the phone on and scrolled to the message section and handed it to him like a hot potato.

His friend opened up the latest message on P’s phone and started to chuckle as he read it.

“What a dirty mind you have P!” he said. “The message reads “Get it laid this weekend” and you probably missed the second word “it” in the sentence when you read it! It is only a carpet company’s advertisement!” 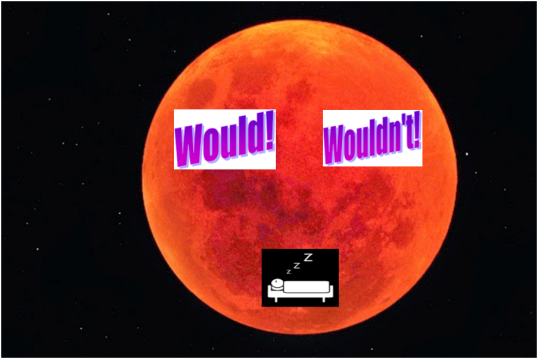 Blood moon that comes so rare

But more often than a blue

Had P enthralled in wishful thoughts

To watch the eclipse in the early dawn

And he went about to lay out his plans!

But his love for creature comforts

And the usual sleep-in on a Saturday

Eclipsed his desire to watch

The much talked of phenomenon!

(But maybe it was just Fake News?)

Yet, P wondered how he missed the sight

Even with all his well set plans

But P shrugged it off as the norm

Of collusion that is seen these days

When ‘would’ and ‘wouldn’t’ can interchange!

P had decided to get up at 4 am on the 28th morning to watch the lunar eclipse. He had read that it was going to be a phenomenal sight in the sky with the blood moon and the glowing Mars next to it. So, for the sake of watching the blood moon, for once in a blue  moon, P decided to get up before daybreak. However, P always considered that though his spirit was more than willing, his flesh was weak and often betrayed him. He could not be sure that he wouldn’t (would?) just turn his alarm off and continue to sleep when it woke him in time to watch the eclipse. He therefore decided to rope in his neighbour into the scheme of things and had a long chat with him on the phone about how worthwhile it would (wouldn’t) be to watch the eclipse.

Finally, P convinced his neighbour on what he would (wouldn’t) be missing out, if he would not (would) watch the eclipse, and how such an opportunity wouldn’t (would) present itself for a long, long time. He also managed to get his neighbour promise to give P a phone call around 4 am, to ensure that P gets up in case P’s alarm clock did not serve its purpose.

Everything thus organised, P decided to go to bed early and went about his pre_bed routine. He set his alarm clock to ring at 4 am next morning. He brushed and flossed his teeth, and jumped into his pyjamas. He switched off his phone, put it to charge and turned off the lights. P then hopped onto his bed, snuggled down comfortably and switched on the TV to watch a bit of Fake News but went on to watch a movie on Netflix. It was quite late when he finally switched off the TV and sleep could embrace him.
The next day P got a glimpse of the phenomenal blood moon through the photos people put on the internet and also from those that were taken by his neighbour whom he saw late in the afternoon, working on his garden.

P is not for POTUS or for Putin 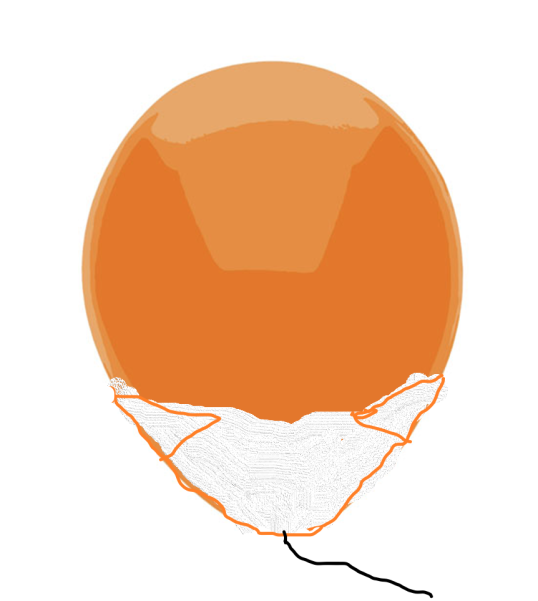 Things were not looking good for P and he was worried when he returned to blogosphere after a long break. He had chosen to be known as P rather than by his name ‘Pillai’ which could also be translated as ‘baby’ in South Indian languages. But, quite a few things starting with the letter P were showing up in collusion and in bad light or even trying to silence P— stars, on the sly! And now there was this big baby blimp in a diaper going to be floating in the skies in London!

However, P had no intention of going anywhere overseas, let alone London, any time in the near future especially with all that was happening with immigration and border security. He worried that his visa may be cancelled for no reason. He worried that he could be separated from his family and be put in a detention centre. Times were so bad that, that was what was happening to kids these days! After all, his name suggested that he was a child too!

A big orange blimp, up in the sky;

It broke his heart, not to see it fly!

But with new rules and travel ban,

P worried about his dark skin and tan!

Staying home was not much fun,

But safer than a trip to London.

For times were bad and children sad,

Separated from mums and dads!