Archive for the tag “kitchen”

Pitfalls of cooking…And then there was Indian-French toast

P considered himself an expert at making French toast. This morning, he was slowly humming to himself as he broke the eggs into the bowl and beat them up nicely before adding some milk, the tiniest pinch of salt and two tablespoons of sugar. P liked his French toast sweet….and evenly toasted on both sides.

He was still humming when he dipped the slices of bread in the egg-milk mixture and spread them on the heated and buttered pan on the stove. After a minute or two, just as he turned the slices over to their other side, he suddenly remembered the conversation he had had with his friend on the drive home from the airport… His friend had then said that he was so tired of all the bland food on the plane and was longing to eat something spicy. P was thrown into a panic now; he did not have any batter for dosas or idlis and he had no frozen, spicy sambar either. Moreover, the French toasts were all nearly made and he did not want them to go waste. Being an obliging host as always, P started wracking his brains on how to salvage the situation…

Breakfast was soon served. P had stuck to plain French toast for himself but had prepared a special breakfast for his friend. Seated at the table, P’s friend took a large, hungry bite. Soon he was choking and turning red. He had to drink a lot of water before he found his voice to ask P  what that was that he had just eaten.

Ever glad to share his recipes, P said, “That’s a long story. Let me start at the very beginning. ……………

It was a chilly morning in Gaul, thousands of years ago. P had come back after a walk in the forest, collecting snails for a special lunch for his guest. He had gone out early in the morning to gather them before the sun came out and sent them scrambling into crevices and hollows to hide. Going out early in the morning meant that he did not have a chance to eat breakfast and now that he was hungry and was back home, he decided to get something to eat. He brought out the bread from a stone container and held it to his nose. Definitely it was past its use by date, stale and had to be thrown out.

He swore loudly in Gallic. Now, have you heard somebody swear in Gallic? It’s supposed to wrack the strongest nerves. No wonder then that the cat, that was slowly sneaking in to sip the milk, took fright and dashed away, upsetting the container of milk onto the kitchen floor. Looking aghast at the mess, P swore again loudly and stomped. This time he upset the chicken that was nesting in a nook on a ledge on the kitchen wall to lay her egg. She cackled and flew away, dropping the egg on the kitchen floor, splattering all its contents on top of the spilt milk.  Frantically P looked around for something to mop up the mess. His eyes fell on the stale bread………..” The modern-day P paused his narration and took a sip of his tea.

He then cleared his throat and proceeded “They say that stale bread is very absorbent… Back in those days when there were no kitchen towels, they probably used stale bread instead. So P decided to break the bread into pieces to soak up the egg-milk mix. 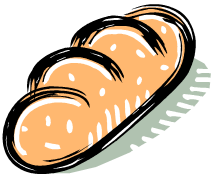 When the entire stuff was soaked up by the bread pieces, P was reluctant to throw them away. After all, wasn’t egg and milk supposed to be very nutritious? Moreover, the smell of egg masked the bread’s stale odour. So he toasted the soggy slices on a greased frying pan, evenly on both sides, and the world’s first French toast was born….”

P stopped at this point and looked expectantly at his friend for some form of appreciation or applause for his creative imagination, but all he received was a blank stare.

Mr P (the Avatar of Mr Bean) and Too Many Cooks………

Mr P waited anxiously for the door bell to ring. He was nervous about the interview with his new cook.  Mr P had found out long ago that the easiest way to get food cooked and the household chores done was by employing somebody for it. His old cook was bedridden with a broken hip. She had slipped on the liquid from a broken egg that had fallen off the fridge door (courtesy of Mr P who had carefully removed the pieces of egg-shell but forgot all about the liquid originally held within).

When the bell finally rang, Mr P rushed to open the door to find a neatly dressed lady and  he  happily welcomed her in.

“Come in, Come in. You are right on time. Let’s go to the kitchen straight away”, he said and led the meekly obliging lady to the kitchen.

In the kitchen Mr P embarked on his orientation class for new cooks, showing the lady where the utensils and grocery were located, how he liked his eggs cooked and what he wanted for breakfast, lunch and dinner.

Every now and then the lady tried to put a word in but Mr P just brushed her doubts away saying, “Don’t you worry! Cooking for me is just a piece of cake!” He never gave her a chance to proceed.

At last, when Mr P was finally out of breath, he stopped talking. Then the door bell rang again. On his way to the door he asked, “Well, do you cook a mean meal? Are you a good cook?”

“I think I am”, said the lady. “But I only cook for my family and myself”.

A puzzled Mr P opened the door to find another lady outside. “I have come for the cook’s job”, said the lady who stood outside.

A totally dismayed Mr P glanced back at the lady who stood inside.

She finally found a chance to say “I just came to say “Hi”. I am your new neighbour. We moved into the opposite flat a couple of days back”. 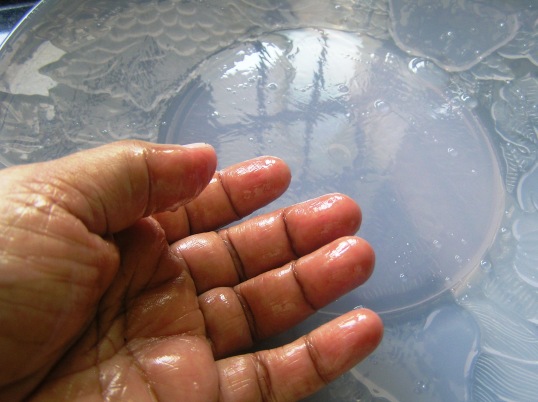